Every Endcrawl video render begins with a single slate frame. Among various bits of technical information, the slate displays a hash digest of the credits data used in the present render. 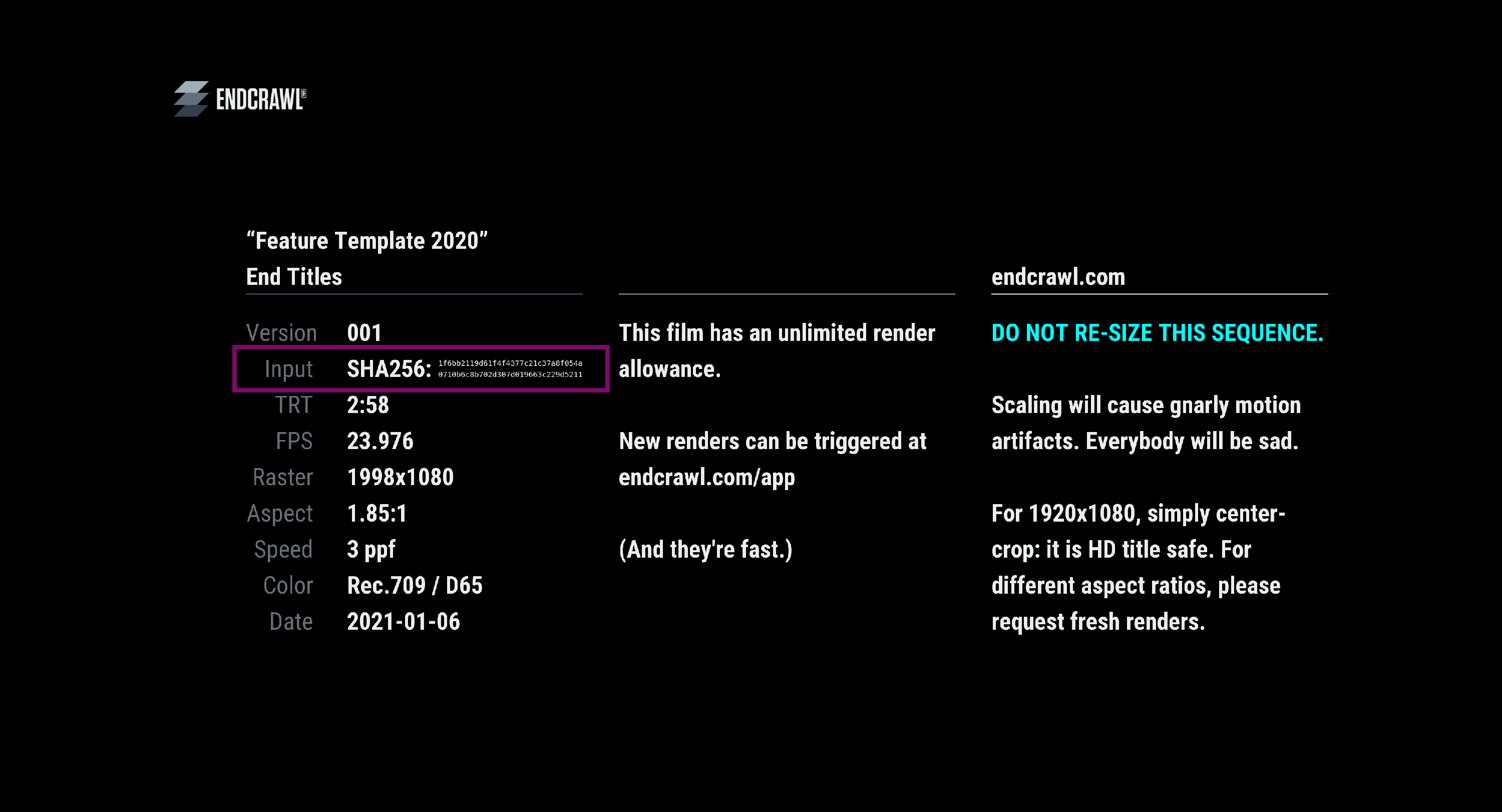 For extra peace of mind, Endcrawl customers can use this to independently verify the chain of custody between Google Drive and their Endcrawl renders. Here's how. 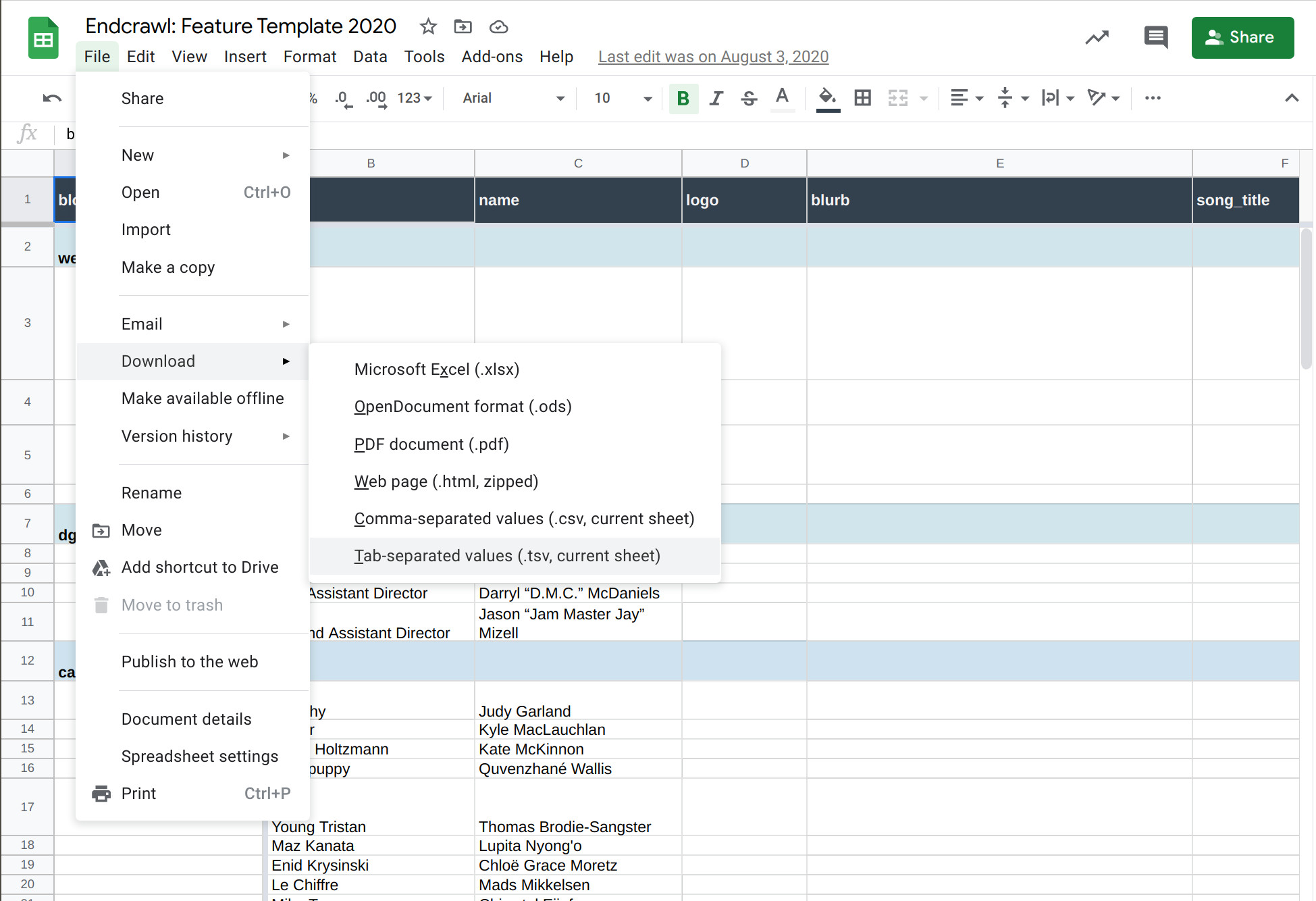 Open a terminal and cd to the directory containing the download. In the terminal, run:

Take note of the hex digits. This is the hash digest. If it exactly matches the Input hash digest shown on the slate frame, you can be sure that the render was made with that same version of the credits data you downloaded.