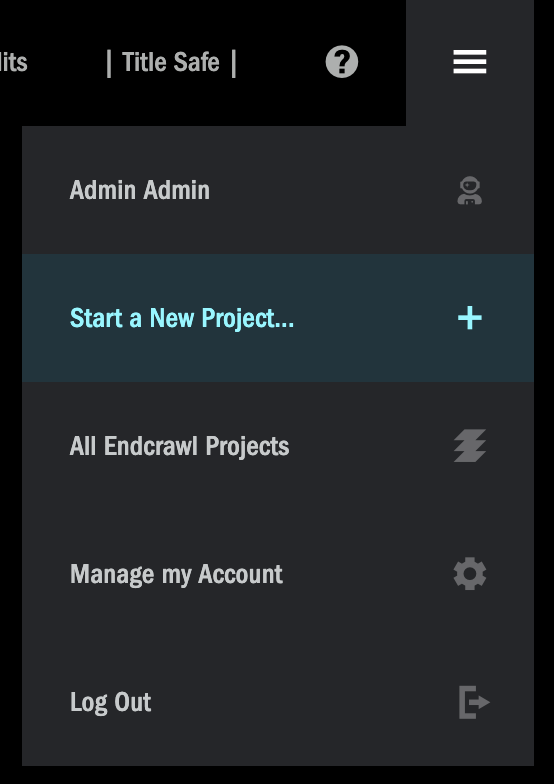 You can create new project in Endcrawl by clicking on the Hamburger Menu in the top right corner, then selecting Start a New Project...

This article explains each option in detail.

If you're starting a new production...

If you're starting a brand new production in Endcrawl, you'll see the following options.

Start by giving the new production a title. This is the name of the work as it will appear on the poster or thumbnail.
If you're in super-secret stealth mode, it's fine to use a title like "Untitled XYZ Documentary".

You can start with either Scrolling Credits or Static Cards. You can always add more Scroll or Cards projects later.

If you're a Volume License owner, you can choose to apply your volume license to the new production. This lets you skip the invoice dance and start making full renders immediately.

If you're Adding to an Existing Production...

You can start your new production with either a Scrolling Credits project or a Static Cards project.

You will see the title of your production, followed by the name you want to give this specific project. Choose any descriptive name, for example:

If you're cloning from another one of your projects, you might not want to clone all of the same users at this point. Maybe you're just testing, or maybe you want to do some work before sharing it out to others.
If that's the case, choose Just Me.
If you want to add everyone right away, choose Yes, add the following n members.

When you're finished, click " Create" and you're off to the races. 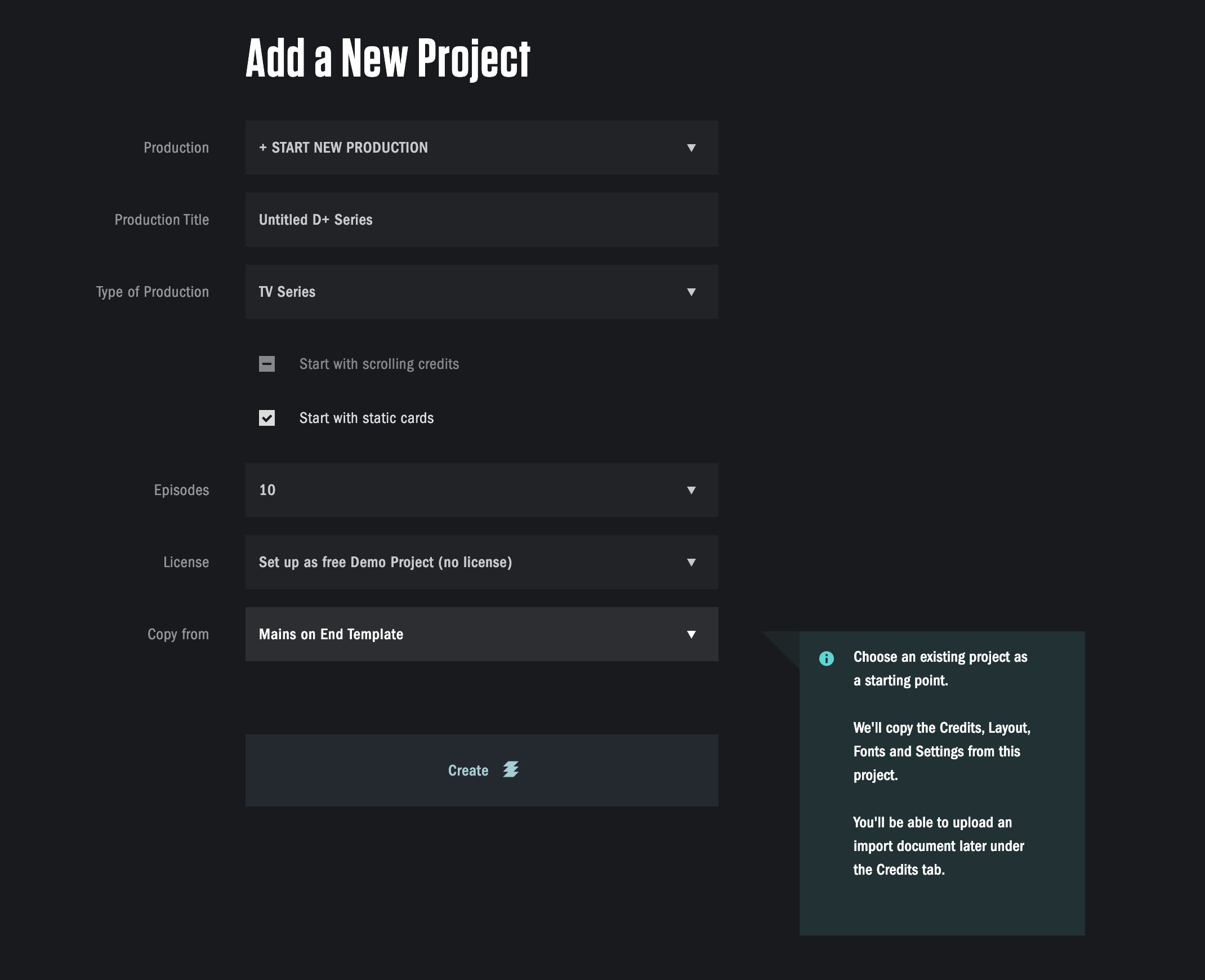 And here's what it looks like when you're just adding a new credits project to an existing production: 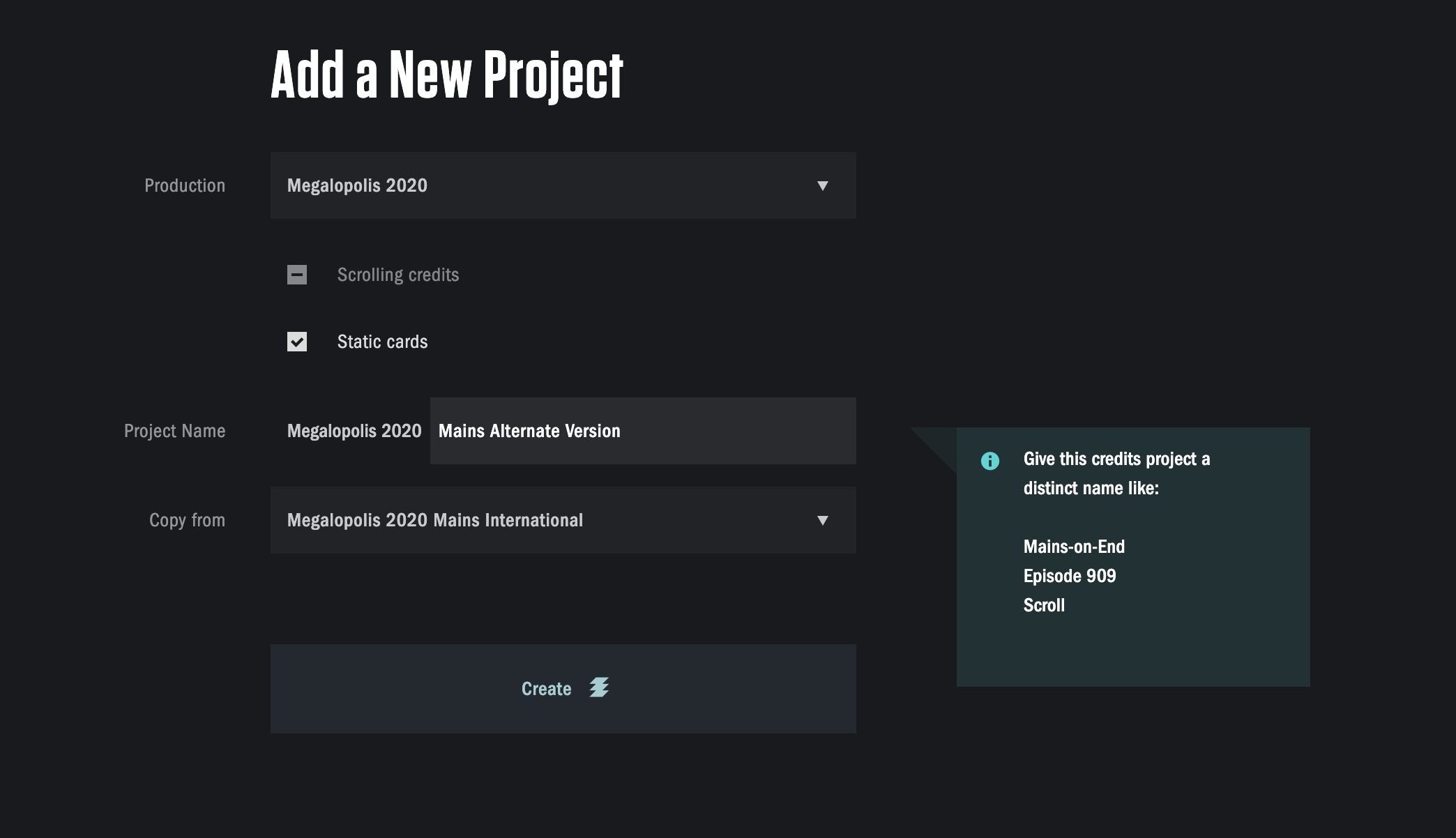