In the beginning, credits were static cards. It was common to use dots to visually connect a Role with the corresponding Name: 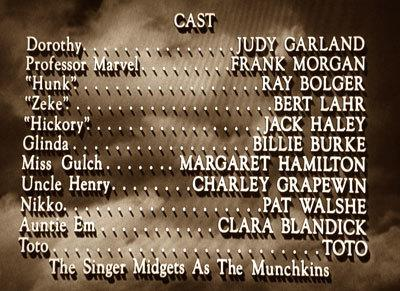 Endcrawl supports a modernized version of this layout, which we call Dot Leaders. It's available for Role+Name blocks that use Justified Text Alignment. 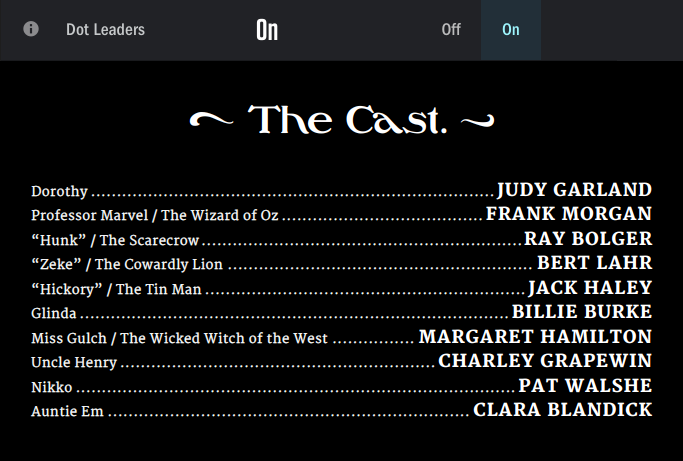 Although the Dot Leaders layout originated with cards, in Endcrawl they can be used in scrolling credits too. Like the Ragged Gutter layout, Dot Leaders saves space when longer Roles that might line-wrap are paired with shorter Names, and vice versa. If you're using Block Inset to roll your credits on the left or right half of the screen, you might want to give Dot Leaders a try. 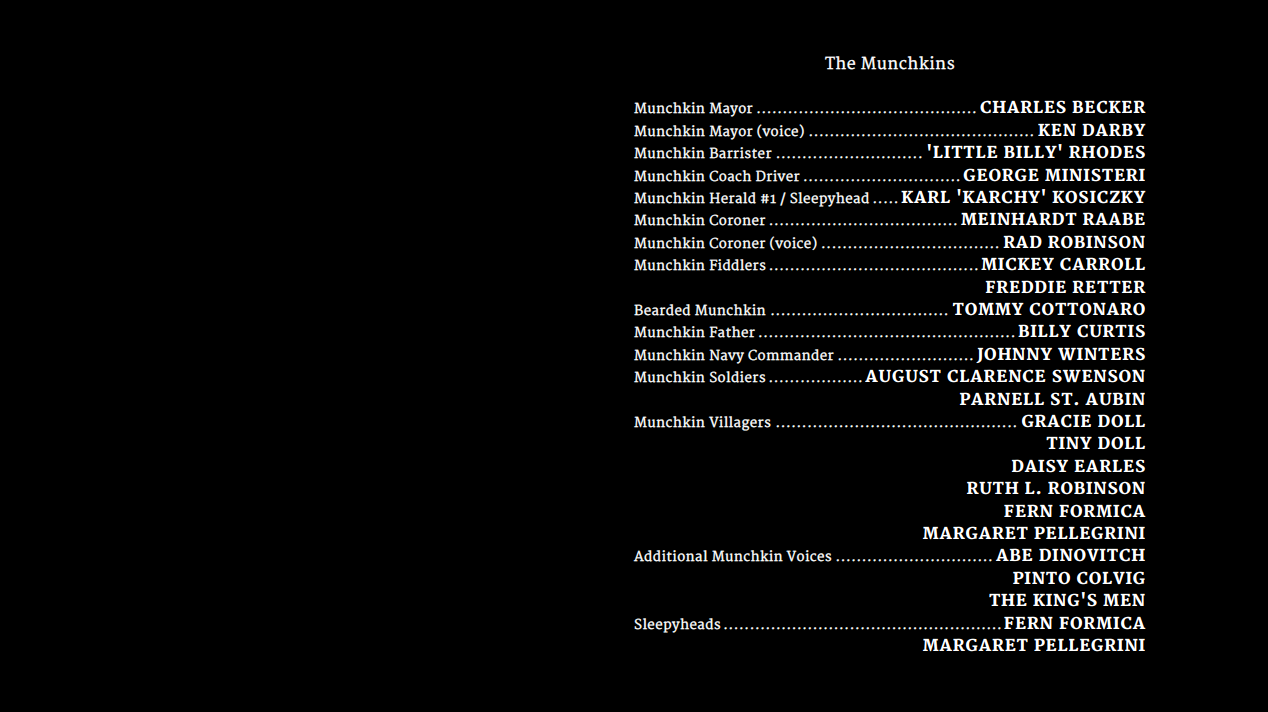 Can I bring Role and Name closer to each other?

Yes, reduce Column Width from its default of 50%.

What if Name is empty?

If Name is empty – because this a placeholder credit for instance – Endcrawl will reserve a blank space after the Dot Leaders.

What if Role is empty?

In this case the dots are hidden, and the Name will stack under the previous Name.

Does this work with Names First?

Yes! If you switch away from the conventional Roles First ordering, you'll see Name + Dot Leaders + Role, like you'd expect. The rules above for empty Role or empty Name also switch.

How is the dot itself designed?

The dot used in Dot Leaders is the period character from the Role font you've selected. Even the humble period receives attention during the design of a font. Rounder vs squarer, larger vs smaller, more or less space on either side – these are all decisions a font designer makes.

By reusing the period from your Role font for Dot Leaders, Endcrawl keeps your typography looking consistent and considered.

Can I adjust the space between the dots?

Please email support@endcrawl.com and we'll be happy to adjust Dot Leaders tracking for you.

Can I adjust the gap before and after the Dot Leaders?

Please email support@endcrawl.com and we'll be happy to adjust these gaps for you.